Sleep when you’re dead. Make cool things with cool people when you have the opportunity. 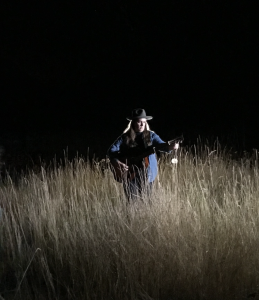 The film crew here at the project is unbelievable. Sean, Cody, Nathan, and Jarrett have approached this week with the same creativity as the artists and producers and have worked with everyone to come up with 12 really original live acoustic sessions. I’m pumped to see the end results. Mariel and I went out with the crew to an old barn last night and it was goddamn magical. We filmed until around 3:00 am and it was one of those nights where the sky was so still you could see the milky way. Then, after filming until 3:00 am, the crew woke up at 6:30 am to film another session because the lighting was going to be perfect at that point. Such an awesome crew. So committed. Big thanks to Geoff for ripping us back and forth in the golf cart and being an all around great hang. 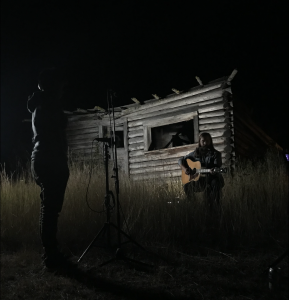 It was cool to learn from Nate Wiszniak about the ways Spotify is bringing artists closer to their audience and supporting the growth of country and folk music in Canada. It was huge for us artists who don’t really fit the format of commercial country radio. Same goes for Vanessa Cito. Half of this learning process is asking questions and then you wind up finding answers to questions you didn’t know you should be asking. She has a real no-bull approach to facilitating connection which is something I really admire. Also, she’s hyper organized and somehow stays on top of every little change an industry that never stops changing – for better or for worse.

Emily, our producer, had the idea to crank a guitar part through an amp on a balcony of the studio and picking the sound up in mics on the beach after the sound echoes through the valley so it was so damn cool to hear the natural reverb of the canyon we have spent the last week in. Can’t wait to hear it mixed into the track tonight when we have our listening party.