It is only the day 3 of Project Wild and things are already starting to look like the latest season of Game of Thrones.

Everyone arrived around noon and proceeded to register their armies of guitar, bass and drum players. After settling into our respective castles and finding out where the coffee machines are, we met with our producers (battle strategists/hand of the king/queen) and our allied bands to work on our co-written songs. Brayden, Paul and I are working with Scott Franchuk and Calgary warriors known as Nice Horse. I can’t divulge too much information about our plan of attack, but it does involve a dog/direwolf and some Jonny Cash inspired licks.

After our strategy meetings, we retired to our lodgings to don our battle gear (shorts, tank tops and runners) and got ready to meet the army of the dead (the faculty) on the ball hockey court.

The battle raged and the faculty did their best to keep up to the artists but their efforts were futile against our goalie Lucas Chaisson – affectionately known as “the Wall” and serving the same function of keeping the white walkers at bay. The Artists made quick work of the Faculty’s defence with Brad Saunders scoring a hat-trick and then some.

In a last ditch effort to win the battle for the “Dungarees Cup,” the faculty launched a secret plan to take out one of our key players. My sources tell me that Jesse Northey swung his stick at Kaley’s (guitar player for Nice Horse) head. Being a veteran hockey player and captain of the team, Kaley easily ducked Jesse’s first attack. She wasn’t so successful at dodging Jesse’s second swing though and he slammed his blade into Kaley’s knee, blowing her patella into 123 pieces. The Artists fought back, avenged our captain and crushed the scheming faculty, taking home the trophy and bragging rights.

In all seriousness though, camp has been everything but a competition. All of the faculty and educators have been eager to answer every question we have and connect us to any resources we need. The showcases start tonight and I’m only expecting the atmosphere to be even more supportive than it already is. 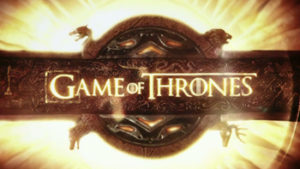