Picture this – you’re paired up with a stranger. You have one task: create a piece of art with an assigned theme that is interesting, authentic, and engaging in a 3 hour time period. Do this via Skype. Then, work with a team of people you’ve never met in to polish it, and present it to your peers in one week.

To me, that sounds pretty intimidating, but it’s exactly what every artist in Project Wild did this week and I think that’s pretty rad.

The team that I worked with to write and record my song included my fellow Project Wild finalist Nathanial Cunningham, our amazing producer, Bart McKay, Nates band Trent and Berg, our session band lead by Matty McKay, and our sound engineer from Nimbus School of Recording, Michaela.

Everyone working on it was committed to serving the song and making it the best it could be while moving forward as a team; being a part of that energy was such a treat. 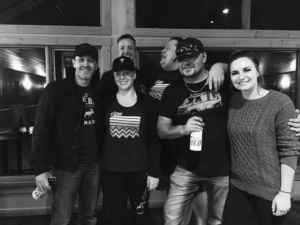 One of the highlights of the process for me was that during the recording process, all six of the artists and writing teams were creating songs during Project Wild were running around to each others studios, checking out what everyone else was creating, and even contributing to the songs and recording parts 2am every night.

At the listening party, it was amazing to see how each writing team and producer took the central theme of “there’s this place” that we were initially assigned and created their own version of it. When each song was played, everyone clapped and genuinely cheered and supported each other.

The co-writing challenge made the Wild Dozen work together, and replaced the idea of competition with the theme of collaboration. I think we all really loved seeing what the other artists were up to, spending time in different studios watching different processes, and celebrating all of our successes at the end.

I’m thankful for the awesome team I was able to work with during this challenge, and excited about the awesome catalogue of songs that was created by the 2018 Wild Dozen. 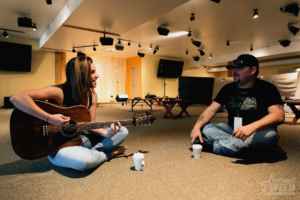