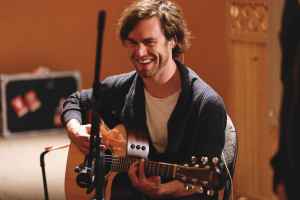 Last night I had my showcase performance. This involved performing two songs in front of the other Project WILD artists as well as the faculty. They then watched performance/vocal coach Tamara Beatty critique my two-song set. Not gonna lie, I was a little nervous to play my songs in front of such a talented group of my peers. However, being backed by the best band in Canada (Matty McKay, Justin Kudding, Spencer Cheyne, Ryan Dyck, and Bart McKay) quickly took care of that. Hearing your original songs played by a crew of instrumentalists in possession of that much skill is enough to incite euphoria in just about any songwriter. In addition, I’m incredibly grateful for the chance to work with Tamara Beatty. She is a complete master of her craft in every way that I can detect. What she can do with a performer in a matter of minutes is nothing short of astounding. In my opinion, music is a game in which you level up through mentorship. Getting the opportunity to be mentored by the individuals mentioned in this post is truly an honour.