Ryan Lindsay – “Collab With The Outdoors”

It’s DAY 4 here at bootcamp! Recording is well under way for the songwriting challenge. Lyndsay Butler and I are recording a song titled “That’s The Way Things Go,” based on the theme calling me back again. Recording that song throughout bootcamp has been a really fun process, and has also served as a reflective experience for me. Recording here in a remote location has been a great exercise to learn how to make more with less – when you aren’t in a fancy studio, and you have less gear to work with, it forces a person to think outside the box and focus on doing the very best with what they have. It has been so freeing to see what the audio engineering crew has been able to do in order to create sound booths and recording space with just mattresses, blankets, and a little creativity. It takes a little bit of ‘letting go’ to embrace that process, and we have been able to capture some really nice raw sounds through that process; I think you can really hear come across in the track.

Yesterday, guest speaker Ryan Gulemond (sing-songwriter and frontman of Mother Mother) delivered an inspiring keynote about letting go and allowing a creative process to take the wings it needs, rather than being too intellectual with songwriting. Ryan’s approach is a refreshing, humble attitude towards the art of shaping a song. Ryan spoke of his daily mindset, and way of tapping into the physical world around him which requires a certain ‘readiness’ –  the ability to notice an idea whenever the opportunity arises. For Ryan, a little help from the outside world is a way “in” to a creative space. He said that “If you don’t make the choice to follow inspiration when it arrives, it will go somewhere else.” You have the choice to pursue a feeling, and he believes that there are a thousand opportunities to do that every single day – opportunities that we usually turn our backs on, or do not notice in the first place. 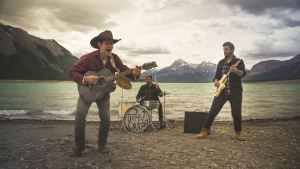 I think that idea applies itself to life in a general sense as well. Two of my big influences throughout my 20’s have been Aldo Leopold with his place-based education pedagogy, and James Raffans with his concept of ‘land as teacher’, so this idea of being able to ‘take in’ the world around you and let it speak to you is a really empowering concept for me. Sometimes to world has its own way of showing you what to do in life, and the willingness to step into the unknown can be a very empowering experience. As an artist, and songwriter, Ryan Gulemond suggested that a person has a duty to go deep within. For me, the first step to going within, is to go outside, and tap into my deeper connection to nature, the world, the universe.

During the keynote, someone had a question about self doubt. Ryan’s response was particularly thought provoking. “Self”, he responded, was the first problem with that question. The question should be, what part “self” actually has in the writing process. This approach of accepting ones role as more of a cog in the wheel, seems to fix the problem of self doubt, though it requires a great deal of letting go, and awareness of various egos that are preventing that from happening. If a person understands that they are not solely responsible for a creative thought, and that there are greater energies that go into allowing them to ‘let go’ – a greater methodology can take place – a sort of collaboration with the outside world.

On a relevant note to this, the song Lyndsay and I are recording this week that has strong themes tied to the frustrations of letting go. It is a song based on the idea that there are many things in life that can ‘call a person back’ and when you can’t let go of those things when they are holding you back, it can be a tricky situation. It all has to start with mindset, and I have really been focusing on that this week. Live the life you are supposed to live. Don’t live it for someone else. Don’t even live it for your own expectations. I think true happiness is when we let go of that and “just be.” 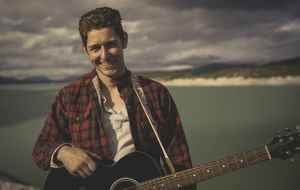