It’s DAY 1 here at RockRidge Canyon for Project Wild bootcamp. The camp is a relatively remote location south east of Princeton, BC, and once you are down in the valley it really gives you the sense of being “away.” Descending the narrow winding road on my drive in was an incredible feeling – it is such a spectacular time of year in a beautiful mountainous part of the country, and I couldn’t help but feeling a little sense of home upon arrival. Let me do my best to explain why.

If you’ll indulge in my nostalgia for a moment, I’d like to tell a brief story. I’m going to take it all the way back to 1919 in fact… Over a few years of telling this story, the facts have become a little skewed (from Whiskey and campfire smoke) and I can’t guarantee a 100% true story, but I can guarantee, the story is true.

It is a tale that I love to tell of a man named Thomas Morrel.  One day that year in 1919 Thomas arrived at the steps of the land office of Calgary. Returning from military duties, he had hoped to settle a farm in the prairies on a piece of land he had his eye on. As he entered through the doors, another man standing inside casually glanced back and passed him a nod. Morrel greeted the man and the two began to discuss land settlement along the Canadian Pacific Railway in east central Alberta.

As it turned out, they were both returned soldiers, and happened to have their eye on the same piece of land available for purchase, just northwest of Provost, Alberta. With other land available in the same district, a businessman working at the land office suggested that they would “flip a coin to see which soldier is to have it.” Morrel reached into his pocket and dug out a penny. “You call the side,” said Morrel. “I’ll take heads,” replied the other man. The penny bounced on the floor and spun. As it sputtered out and landed, the image of King George glistened as it lay face up. The men laughed, shook hands, and Morrel took a piece of land just east of what he originally had in mind.

It is perplexing, as I think to myself when I tell this story, how the simplest of events can change the course of one’s lifetime. Morrel settled on his patch of land until he and his wife eventually tired of the farming life – for good reason. It was, financially and physically a tough time to make a living, and the other piece of land that he received just wasn’t turning out to be as fruitful as he hoped. He moved off the land and got a job in town as the local officer and chief of the fire brigade. The other man, on the other hand, who won the coin toss, fell in love with his patch of land. He loved to grow food for himself through gardening, planted beautiful windbreaks, and established a life there. His gardens and crops managed to thrive during the toughest of times. The going was tough with the crops and livestock, but the community was extremely resourceful and supportive and the land somehow seemed to satisfy his soul, became something very special to him and his family; and it all started with a coin toss with Thomas Morrel. A man who took a different direction in life. Who was that man who won the toss you may ask? That man was Campbell Lindsay, my Great Grandfather.

I particularly enjoy telling this story because it goes to show that the smallest of actions can change the course of a lifetime. Decisions made in life, even seemingly insignificant ones, can place down a major crossroad and drastically change one’s life experience. The farm has stayed in my family for generations, and as a young boy I would spend many summers at the farm, quading, picking berries, driving around with Grandpa listening to country music in his “red whistle truck” (as I used to lovingly call it), and most off all, develop a love for the great outdoors, and the natural world. 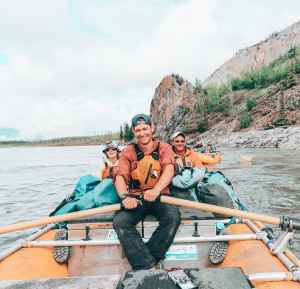 That love eventually led me to pursuing a job as a backcountry expedition guide each summer through college. Some summers would go by where I likely spent more days sleeping on the ground than I did in a warm bed – I loved every minute of it rain or shine. I began to slowly write music, often inspired by my time out in the natural world, and soon after completing a degree in Outdoor Education I decided to switch my focus onto music. Of course, I needed a way to pay for it, so having picked up a few skills doing basic off-grid electrical, I went to the library and found “the 12V doctors handbook” and started working any way I could to develop skills as an electrician – first doing odd-jobs in the residential solar and off-grid industry, and moving to southern AB. I figured it was a complimentary career, and set a goal to build up enough funds to record an album, my very first project as a country artist.  So often I missed my time as a backcountry guide, and questioned my decision to pursue a career as an artist, but the music always kept me grounded through writing and connecting with people. This year I finally put out that album and traded my hard hat for a cowboy hat fulltime. The title track, I believe is a statement about what inspired and drove my music in the first place: “Wild”.

Flash forward and here I am, part of a similarly themed development program, “Project Wild.” As I drove down that road and pulled into camp, I felt a deep sense of purpose in what I am doing as an artist. What a ‘wild’ thought – to think that a coin toss established a place that could change the course of not one lifetime, but many generations. My love for wild spaces, and that farm, put the backcountry on the map for me. Those times as a guide, and memories of summers out at the farm, have became part of my fabric. I believe that is the root to what sparked a deeper interest in writing and creating original music as an artist. Now, joining this program, it feels full circle to be at a location so close to nature.

I certainly think the other artists in this competition can agree that in a social media driven industry, it is very hard to disconnect. I am looking forward to doing a little bit of that out here. No cell service, and a clear headspace to be able to think about music in a remote environment. We will be working with some of the industries best people on a wide scope of artist development aspects – everything from the front-end to the back-end of the industry. It’s a great space to be thinking about the little details. After all, the smallest of decisions can change the course of a life time… and a few more. 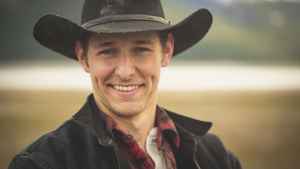