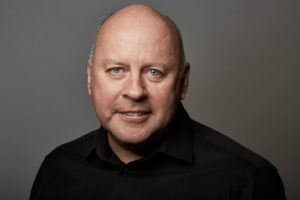 Mike Denney is a man with a smile and a vision, acknowledged by many as a fervent champion of the Canadian music industry.  A proud member of the Canadian Country Music Association® (CCMA®) Board of Directors, his passion for the genre and contribution to the industry was acknowledged with consecutive 2014 - 2015 CCMA Award™ Record Person of the Year titles.  In addition, in 2015 he was appointed to the Canadian Independent Music Association (CIMA) Board of Directors.  In his role as President of MDM Recordings Inc., his vision and leadership led MDM to become the #1 indie country label in Canada in 2015 and 2016, with his artists achieving six top 10 hits in 2016. In 2015 he and his team, affectionately known as the “road family”, celebrated their first CCMA Award for Record Company of the Year, and they proudly received their second consecutive title in September 2016.