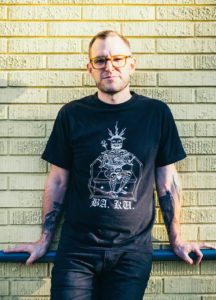 Known for taking the best of traditional techniques and integrating them seamlessly with modern tech- nology, Josh began his career as a producer and engineer in 2001. Gwilliam has held his place behind the glass for the last 14 years working with a wide array of artists. His work as an engineer with The Road Hammers & George Canyon resulted in Platinum Records and Juno Awards for both artists.

Josh Rob Gwilliam has pursued his passion of sound capturing in searching for unique environments and unusual settings. Whether it’s in the forest, an old church, or a traditional studio his goal is always to capture music in its purest form.

Gwilliam’s distinctive approach to music has led him to work with artists such as Cowpuncher, Michael Bernard Fitzgerald, Lauren Mann, The Orchard, and Sidney York. Gwilliam has also worked as a respect- ed freelance producer in various studios across Canada and the USA and has now made at OCL Studios in Calgary.