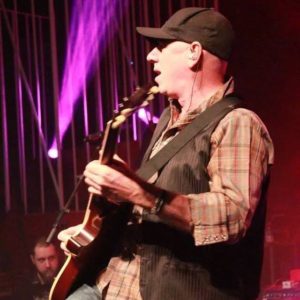 You only need to listen to a few bars of a few tracks produced by John MacArthur Ellis to hear his unique musicality and know that he is anchored by technical excellence and driven by passion.

After helping artist Ridley Bent morph his freestylin’ hip hop rhymes and rhythms into full-on alternative country rock tunes, the two took the Canadian country scene by storm. The 2009 album “Buckles n Boots” won Ellis the title of Producer of the Year and garnered no less than 7 BC Country Music Awards for Bent. Ellis has since consistently kept up the pace with recognitions from the Canadian Country Music Awards and BC Interior Music Awards, while his work has been graced by Juno nominations for Best Album (Doc Walker 2012 & Wayne Lavallee 2008).

The studio might be Ellis’ workplace, but the stage is ultimately his home. He currently tours with
Juno Award winning band Doc Walker as their right hand man, showing off his precision and immense versatility on pedal steel, banjo, keys and more. As the winner of the 2014 and 2015 BCCMA Award for Steel Guitar and having received CCMA and BCCMA nominations in the Special Instrument category for several consecutive years.

John is extremely active producing several albums which are pending release for established and emerging artists and he is always on the lookout for new talent to dedicate himself to.