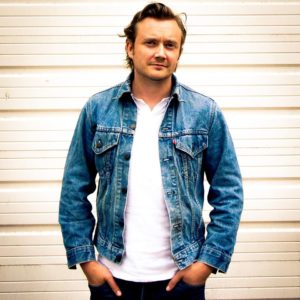 James Murdoch is very pleased to return to bootcamp, this time as an alumnus of the program.

James is a co-founding member of Canadian country music group, The Dungarees, serving as vocalist and bassist since 2012.

In 2016, The Dungarees took home first place in the inaugural Project Wild. The Dungarees have performed at keystone, country music festivals across Canada and debuted on tour in Australia in the fall of 2017. Their single, "I’m Down" charted on the Billboard Top-50 and released their follow up single, "Anywhere With You", produced by Grammy-winning producer, Paul Worley.

James has been nominated for Bass Player of The Year for the 2017 Canadian Country Music Awards. He has released four solo albums and has garnered critical acclaim across Canada and Europe. His 3rd album, "In Transit", produced by Hawksley Workman, was nominated for three Western Canadian Music Awards (Outstanding Pop Recording, Video of the Year, Best Album Design). When he’s not playing solo or with The Dungarees, James can be found playing bass with pop-country star, Adam Gregory, the roots-rock band, Dustin Bentall & The Smokes or country-balladeer, Ridley Bent.