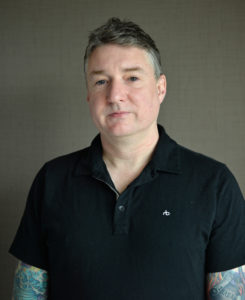 It’s always been about music.

Mr. Miller is a graduate of the Humber College Music Program with a Major in Jazz Performance for guitar. In 1992, after successfully completing Humber’s challenging curriculum it was time to pursue new challenges in music and business.  Moving back to his hometown of Windsor, Ontario, Bill and a friend combined their recording equipment and began recording local Windsor groups.  This new challenge proved to be creative and incredibly rewarding.  It was the beginning of the next chapter.

In late 1993 Bill and his business partner packed their new bad ass Black Dodge Ram extended van with gear and began the drive from Windsor to Vancouver….and so began a wild and wonderful decade of recording BC artists / groups at The Control Room Studio. The successes could not have occurred without highly committed and focused efforts to network with other BC music professionals. The maxim: “It’s not just what you know…but who you know” had once again proven to be reliable.

2008 was the beginning of the ‘radio promotion’ chapter for Mr. Miller when he was brought on board to operate the radio promo division of Pitbull Promotions. While at Pitbull Promotions and Reliant Music, Bill had the opportunity to work with and for artists including Carly Rae Jepsen, Ryan Stewart, Bif Naked, Hanson, Jully Black, 54-40, Chief Management, My Darkest Days, Econoline Crush, Red 1, to name just a few.  In 2012 it was time for yet another challenge and so Sharp 9 Music was born.