Introducing some of the Project WILD Bootcamp faculty – the women and men we found who are the best at what they do, handpicked and brought to you, to coach, teach, and develop. Get to know them, connect with them via social medai, and get prepared.

Liam Killeen got his start in the music industry as the drummer for the Pop-Punk band Not By Choice in 2002.  Five months later, the band had a record deal, released their first single Standing All Alone and hit the road for a year and a half.  The band won their first MuchMusic Video Award in 2003 for their single Now That You Are Leaving, and also appeared on two editions of MuchMusic’s Big Shiny Tunes albums. Not By Choice released two albums, enjoyed two top-ten singles, and toured internationally with Sum 41, Simple Plan, Avril Lavigne, and many other acts. 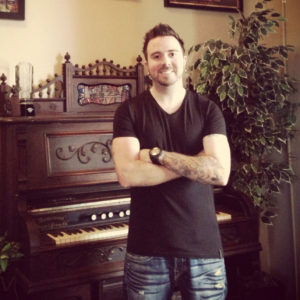