Introducing some of the Project WILD Bootcamp faculty – the women and men we found who are the best at what they do, handpicked and brought to you, to coach, teach, and develop. Get to know them, connect with them via social medai, and get prepared.

What Tamara brings to Project WILD:  Tamara simply has a reputation as one of the very best in her field. She is beyond a voice or performance coach – she has a unique ability to connect with an artist’s core and bring out their best.  She will be with us all week.

Voice and Performance Coach Tamara Beatty, entering her 8th season as a Voice Consultant on NBC’s Emmy Award winning reality TV show “The Voice” (S5-11 Blinds, S6-11 Finales) is a sought after coach & consultant in the education and entertainment industry.  Her coaching style is precise, intuitive, and powerful.

Her private lessons and workshops have been called “mind-blowing”, “transformational”, and even “spiritual” in the way, in mere minutes, Tamara can bring a bring a performer to life by guiding them through their “walls” or ‘blocks’ into what she calls effective ‘translation’.  Once a singer is properly translating, she then draws upon her 20+ years as a technical voice coach to help singers sing “higher, longer, stronger, and moreauthentically”.

As a former competitive athlete, Tamara pulls from her Olympic Level Coaching to create technical singing programs that respect a singer’s signature sound while considering fatigue and injury from overuse.  Her tailor-made voice programs are sought after by touring and studio singers all over the world.  She has also created and co-authored published materials which continue to educate singers and singing instructors internationally.  She currently shares her time between Los Angeles and Canada. 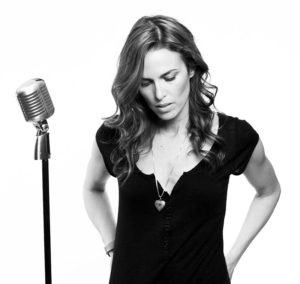