Blanket Forts and the Sound of Jupiter Make Rad Records

Most straight-ahead country songs are recorded in professional studios, but I found out this week that playing the sound of Jupiter’s soundwaves in a blanket fort made of upside down bunkbeds is also a pretty great way to make a record.

Part of the Project WILD Bootcamp experience this week was writing a song with Mark Times and recording it with our producer Emily Bachinski and sound engineer Thierry D. All 12 artists were paired together and given a theme to write about: “Calling Me Back Again”.

When our team sat down to look at the song we had written and started chatting about what we wanted it to sound like, we had one thing in common: our goals were to be unafraid to dig in, get creative, and to have fun playing with the song.

To that end, we put a guitar amp on a balcony and sent the sound of the guitar across the lake at RockRidge Canyon and recaptured it with microphones set up on the beach. We added soundwaves that were recorded by a space shuttle flying by Jupiter to the track and reversed the sound of the drums in a reprise that ended up sounding like it was from outer space. Mark and I recorded vocals in the same room at the same time to make sure they felt live and honest. (Just a side note: All of these were our producer Emily’s ideas – she’s a total boss.)

All of this was recorded in a camp dorm full of twinkly lights and upside down bunk beds and mattresses that worked as makeshift vocal booths. It ended up being a pretty cool on-the-fly studio designed by the students at the Nimbus School of Recording.

In the end, our tune sounded like an 80’s pop song that you would hear blaring out of a radio that a boy was holding over his head to get the girl he loves, like in the 1989 film “Say Anything”.

It was also amazing to see what everyone else created. There were so many great songs and different takes on the hook that was given, including a raunchy blues song from Devin Cooper and Michela Sheedy, and a heartwrenching country ballad from Aaron Pollock and Mariel Buckley.

I am so thankful for the opportunity to work with the awesome team I was given. We had a freaking blast; I’m so proud of our song and can’t wait for you to hear it, along with all the other tunes that were recorded at Bootcamp. This record that the WILD Dozen created at Bootcamp is diverse, honest, and really freaking cool. When you listen to it, I hope you can hear 12 fully grown humans playing like kids in blanket forts, doing the work they love. I know that’s what I’m going to hear. 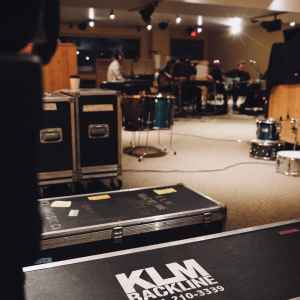