Aside from the fact that country music was always on the kitchen radio growing up, and that it is part and parcel to the rural culture that I grew up in, country music enticed me to become an artist for two main reasons. The first is my love for the backcountry, wild spaces, and rural life. I have spent a great deal of time in the wilderness both professionally as an expedition guide and recreationally as a hobby while pursuing music. I love the country – it keeps me grounded and is a big part of my spiritual life. The second is connecting that joy with other people, and there is no better way to do that than through the stage.

The first song I ever wrote was a gospel tune that I co-wrote with my sister. I think I must have been 13 years old. We performed it down at the Zinger brothers jamboree, a country and gospel festival held out at the Zinger family ranch near Coronation , AB

I even have video evidence of it on VHS, which we discovered this past Christmas. Watching that footage had us rolling on the floor laughing. I had this look on my face on stage that said “hit it sis, let’s rock this joint” as we proceeded to play a gospel song for the Sunday service. I always had a really intense personality, and a love for performance. That was definitely the first time I wrote a song – a pretty cool moment that is fun to be able to look back on with my sister.

Dierks Bentley. I have always been very inspired by Dierks’ sound, his authenticity, and ability not to take himself too serious on stage. Dierks’ music is very inspired by traditional sounds (including one album that he went bluegrass with) and he has also found ways to have great success in the commercial country scene. He seems like an awesome cat, puts on a great show and is someone that I would be honored to learn from on a tour.

There seems to be a resurgence of neotraditional sounds, and 90’s country rock vibes, in country music today. There are plenty of exciting examples of this to look at. Luke Combs as one, recently got invited to be a Grand Ole Opry member. One of the big reasons for this is his undeniable country sound, that incorporates throwback influences, and traditional sounds with commercial country music. Chris Stapleton has been nominated for numerous awards over the past few years, and bands like Midland have hit the charts with songs that are incredibly traditional sounding. It is also really cool to see singer-songwriters such as Jason Isbell garnering attention around his music. This shows that there is still a large support for story song in today’s music scene. This is an exciting trend for me because my music is very much influenced by the 90’s country that I grew up on, and there are elements of that sound coming back in a big way.

I am looking forward to meeting and collaborating with so many talented people. It is rare to get the opportunity to share music with this many creative people at once. This program has already inspired and pushed me to move forward on a number of collaborative projects that I have thought about doing for a while, but this seemed to give me a platform to be able to focus and kick those things into second gear to make it happen. My hope is to harness that energy for years to come so that I can continue to propel my career forward, and share collaborative spaces around my music. 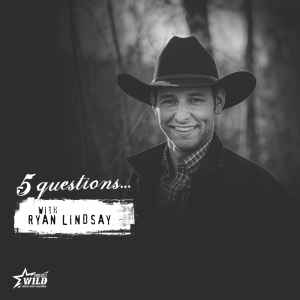