I admittedly had a strong resistance to the country music I grew up with. It was the only thing I was allowed to listen to when I was growing up. So being a stubborn child, I took solace in rock, pop, hip hop and R&B. But living in Okotoks and being so close to Calgary, country music was already in my blood despite my rebellion.

As I grew up, I caved to the sweet sounds of Shania Twain, Garth Brooks and Brooks & Dunn. But it was when I found artists like Miranda Lambert, Gretchen Wilson and the Dixie Chicks was when my wheels started turning. I was inspired by this infectious girl power and I related to the “not give a damn” attitude that these women were bucking the system with.

I wrote my first song when I was around 8 years old. It was about a dance party. I think the words went something like “I’m at the dance party and I want to see you rock your body”. My mom found the piece of paper with the lyrics scribbled in gel pen and I grabbed it from her and ripped it up out of embarrassment. Even though she encouraged me to be creative, that moment sticks out in my head because I was scared of sharing my feelings. Songwriting was a dirty little secret of mine for many years.

I journaled and wrote poetry my whole life. But to form a full song gave me huge anxiety. It wasn’t until about 6 years ago when I finally reached out to a few songwriter friends and began cowriting. Slowly but surely my anxieties subsided and I have been writing non-stop ever since. I find community and connection in collaboration and I find comfort and calm in writing by myself. Even though it can be a love-hate relationship at times, I crave the feeling I get when a song works. I chase that feeling every day.

Hands down, without a doubt I would open for Chris Stapleton or the Cadillac Three. They are changing the game and creating music that gets me so creatively riled up.

Empowerment and collaboration. I believe that despite some of the negative sides of our industry there is a very notable effort from the creators in our music community to embrace change and celebrate differences. Empowerment shouldn’t just be a trend but the reality is that we have been so secular for so long. So now we are finally speaking up and creating beautiful art for the joy and love of creating. Saying “screw it” to what standards may have been predetermined. Whether it’s cross genre collaborating or standing up for equality for all creators in the music industry, we are standing up and fighting back for our art form. We are embracing change despite the push back from the system.

A good example of this is Ed Sheeran’s new collaboration album. Doesn’t matter the genre. Every person on that album created good music for the sake of good music. No restrictions. (P.S. please check out the song he did with Chris Stapleton and Bruno Mars… it’s going to change your life).

I am really looking forward to PW Boot Camp. This is the meat and potatoes of this whole program and I am so excited to bond closer with the rest of the top 12 and learn as much as humanly possible from the mentors. 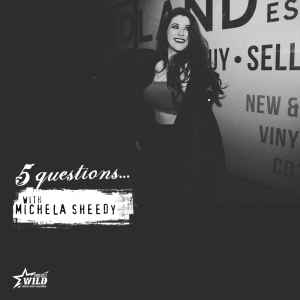