Project WILD would like you to know each of the 2016 Top 12 even better. We prepared five questions for each of the artists/bands to help us learn a little more.

1. What brought you to country music?

I grew up in Newfoundland which is a very musical place. My childhood was surrounded by music. I didn’t start playing guitar until much later in my life when I was given a guitar as a birthday gift. I couldn’t put it down after that, I would often play for 12 hours a day, learning anything I could from YouTube tutorials.

I wrote my first song at the age of 8 years old. I worked at a fish plant for a guy that later became a mentor to me. One day he was playing guitar after work and it was at that time that we wrote a song together.

If I could open for any performing artist I would have to say Johnny Reid, Or Paul Brandt, these artists pride themselves on their interaction with their fans, they are also actively involved in numerous charities.

4. What is the best trend in country music right now?

The best trend in country music right now is that the genre has opened up to so much more than just traditional country. Many of the stylistic changes to the genre have made it more appealing to a broader audience. I like the pop elements that have been implemented, making country music a lot more catchy, hooky.

The part I’m most looking forward to with Project WILD Is the boot camp. I’m hoping to learn as much as possible about the music industry and grow as an artist. I believe this program will give me the tools to succeed. I’m also looking forward to learning more about social media, stage presence, and I’m really excited about being brought together with so many other like minded people for the experience of a lifetime. 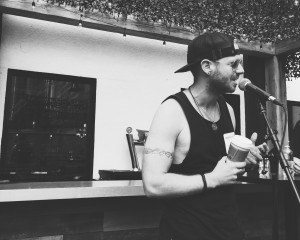