Country music has been centre of my life since I was a boy. My grandpa played banjo in a family band for 40 years.  I was raised on the farm that my grandpa bought off Canadian Country Music Legend Wilf Carter in the 1950’s. My exposure to country music was in every conversation around the kitchen table and every hour in the tractor and combine. I caught the music bug while studying Agriculture at the University of Alberta. We started the Aggie band ‘Livestock’ and took it across Western Canada playing every rodeo and dive bar until I decided to be serious about writing music and changed directions from cover music to original music.  The current band line up supports the commitment to composing and performing music focused around real life’s experiences from Alberta and the prairies.

I began writing music from the cab of a tractor even before I really knew anything about music or could play the guitar.  I was about 14 when I wrote my first full song, a tune written with my brother called “Goin’ to see my baby”. It was terrible but it was a lot a fun – the cows loved it!!

Willie Nelson. As a songwriter, as a performer and as a person there’s no difference. He’s always been himself without apology, and throughout his entire life he’s persevered with just the raw love of music.

I love that country music is fluid.  Through many decades country has evolved, pushed boundaries and then returned to it’s roots.  I see new country being super successful and having huge gains in market share but I also see artists like Chris Stapleton, Cody Jinks, and Brandy Clark writing their own music and being rewarded.  Music streaming has definitely had negative impact on artist revenues but it has also brought exposure to new artists and new music. Good music is good music and people will find it.

As a songwriter, the greatest reward is the response to the art you’ve created. I’m really looking forward to working with the folks from Alberta music and industry partners on how to best use the various platforms to reach directly to the fans and the audience. 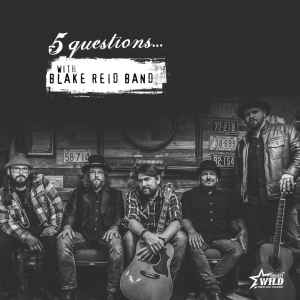