If you were going to sum up Lyndsay Butler in just a couple of words they would be, real & country. With strong country roots and an outlaw, southern rock sound she brings life and passion to every note.

Lyndsay has been busy writing, co-writing and performing and is currently working on her debut album.

She has opened for Top Canadian Country Recording Artists, George Canyon, Aaron Pritchett, Bobby Wills and Meghan Patrick. Lyndsay has released 2 singles to Canadian Country Radio, Gravel Road and I'll Drive the Truck, which are available on all music platforms.

Lyndsay was crowned the Nashville North Star in 2013, at the infamous Calgary Stampede. In 2012 she walked away with the coveted Ranchman’s Rising Star Award.

Growing up as a 7th generation woman on the same quarter section just outside High River, Alberta, Lyndsay loves western lifestyle, rodeo and getting her boots dirty, almost as much as she loves songwriting and performing. 2019 has Lyndsay performing both North and South of the 49th. 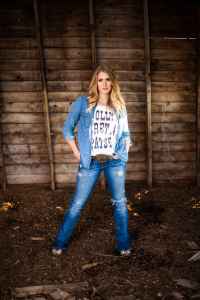