Already 2019 is shaping up to be Lauren Mayell’s year. The singer/songwriter — perhaps best known for the lyric-driven anthem “Rules
Need Rebels,” her sixth single to country radio to date — recently collected the Alberta Country Music Award for Female Artist of the
Year (2018). That precedes Mayell’s full-length debut, currently underway – recorded at MCC Studio in Calgary and The Warehouse in
Vancouver with acclaimed producer Jeff Johnson (Dallas Smith, George Canyon, Wes Mack). The forthcoming album (titled –“
FINALLY”, arriving in May) features the above-mentioned singles including honky-tonk corker “Say It,” classic tear-jerker “If It Ain’t Fixed”
plus the plaintive and longing “Harder,” as well as brand new songs, some crafted by Lauren in Nashville.

Lauren — a onetime champion downhill ski racer and now a sought-after voice coach who has shared stages with everyone from Dean
Brody and Meghan Patrick to Kane Brown — will cap the year with tour dates in support of the hotly anticipated new album.

Even by country music standards, where outsized charisma is a basic job requirement and joy and heartbreak are invariably writ large,
the Calgary-based singer/songwriter is a showstopper with a long list of achievements under her shiny “Pure Country” belt buckle, a
legacy gift from her very influential musician grandfather. Her barn-burning Canadian live shows have been performed alongside
everyone from Dean Brody, Dr. Hook and Meghan Patrick to Kane Brown and the Washboard Union.

Upcoming shows will see Lauren share the stage with Washboard Union, Terri Clark and Jason Aldean at Sunfest 2019. More details of
upcoming shows can be found at www.LaurenMayell.com 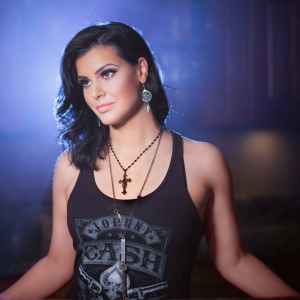