Devin Cooper is a southern rock-country artist from Innisfail, Alberta. As the son of a motorcycle shop owner and custom car builder, Devin’s childhood was filled with opportunities to be creative as he worked alongside his father. At the age of seven, he began playing guitar and eventually traded in his tool kit for a chance at a career in music. Devin’s original music is heavily influenced by the artists he grew up listening to in his dad’s shop such as Johnny Cash, Stevie Ray Vaughan, and ZZ Top. Cooper’s rock n’ roll attitude paired with his thoughtful songwriting make him a trailblazer who continually pushes the boundaries of the country music genre.

Cooper has spent that past three years developing his unique sound. His raw and honest vocals are supported by technical, but captivating guitar playing. He has spent much of the past year developing as a performer and as a songwriter. He has written a total of 75 songs to date (with co-writers in Alberta and Nashville) and has performed 120 times in the last year alone. He kicked off 2019 with a sold out show in Red Deer, AB as an opener for Aaron Pritchett, and his performance with the infamous rapper, “Afroman” in March of this year made national headlines.

Cooper plans to release new music in 2019 with the help of Juno Award winning producers, Spencer Cheyne and Justin Kudding. 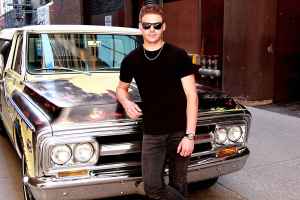