There is an inexplicable X-factor with Blake and it starts with his songwriting. Blake can so effectively bring a story to life with a few well chosen words and a simple harmony that to hear his songs is to almost always be transported to another time and place in your life.

This is Blake’s true gift and is a testament to Blake as a true workingman’s poet, taking guidance from some of the greats like Guy Clark and Kris Kristofferson. At the same time, Reid pays little attention to writing commercially formulaic hits. His songs are authentic and credible. They are a reflection of the only musical education he's ever had... playing music with his friends and family, learning to craft songs while sitting at the family’s kitchen table and listening to the radio in the trucks, tractors and combines he commandeered throughout his youth.

As a solo artist, Blake has released singles from solo albums 'Against the Grain' and 'Rust' reaching in the 60's on Canadian Country Radio. In the past 2 years since forming the Blake Reid Band he has filmed an award winning documentary titled 'No Roads In' and has toured and promoted the project through numerous film festivals across Canada, US and Europe - and bringing home over 17 Awards. The documentary is currently airing on the CBC Documentary Channel. As a songwriter Blake has had songs featured by Gord Bamford, Calgary Flames, Global TV, and 4H Alberta. As a performer Blake has recently opened arena shows for Steve Earle and Toby Keith, and has played the mainstage at Big Valley Jamboree and Merrit Rockin' Riverfest.

The Blake Reid Band will be releasing the No Roads In film, soundtrack and a debut commercial album in June 2019. 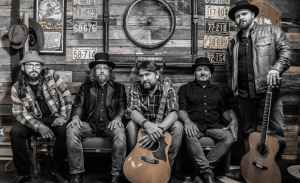