A newer garden of creation, no primal solitude,
Dense, joyous, modern, populous millions, cities and farms,
With iron interlaced, composite, tied, many in one,
By all the world contributed—freedom's and law's and thrift's society,
The crown and teeming paradise, so far, of time's accumulations,
To justify the past.
- Walt Whitman

Born out of the same creative space as Walt’s poem, a desire for a modern touch on a classic design. Focused on cadence and rhythms of 60’s soul, 70’s rock and teeming with a modern country vibe, the band is poised to cut its own swath through the Canadian music scene. Singer Mat Cardinal met the rest of the band through his relentless parade of open mic spots and cover shows in and around Edmonton AB. Band leader and guitarist Jeff Dick saw a spark and heard a roar from the young Cardinal and assembled a grizzled and veteran group to deliver this voice to the world. The band spent 2 years writing and woodshedding with some of Edmonton’s finest such as The Dungarees, The Boom Chucka Boys, and Jay Sparrow. They periodically took these new songs to the city with opening spots for Joey Landreth, Joey Wright and Todd Stewart. They saw which songs stuck and which needed to go. Armed with a undeniable 8 tracks they got in the studio with producer Jay Sparrow (Scenic Route To Alaska, Owls By Nature) and mixer/engineer Brad Smith (Nuela Charles, iamhill) to lay down their debut record Lost In The Right Direction. It's on track to be released in summer 2018 and the band is planning to hit the road to celebrate... put their boots on stages, let the strings and cymbals ring out over the prairie nights. Like Walt said: “Dense, joyous, modern… to justify the past.” 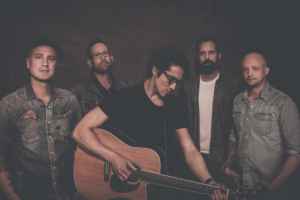 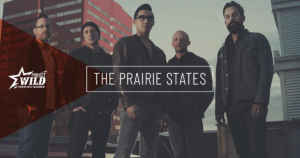 5 Questions With... The Prairie States

Mat Cardinal answered on behalf of the band.