As a child, Nathan Cunningham began to hone his skills as a singer by impersonating artists he admired; by the time he hit his teens, he was ready to take it public.

He's since performed at hundreds of live events including; The Worlds Festival (with Rita Coolidge), The 2010 CCMA's, as a Tenor in Johnny Reid's choir with appearances on APTN's Aboriginal Day Live and he's shared the stage with Dwight Yoakam, Nazareth and a host of other mainstream country artists.

With no formal training, Nathan has fine-tuned his voice and has become a prolific songwriter. As a composer, he's found a unique way of blending musical genres that inspire him while staying true to his Country roots. Today, his music can be heard all over Aboriginal and Country radio. His most recent single, with 17 songs that have made their way to number 1 on Canada's National Aboriginal Top 40 Countdown, have resonated with listeners from all walks of life.

Nathan is currently writing and recording a follow up to his debut release, Road Renditions, which garnered him two national awards for Best Country Album, Aboriginal Male Entertainer of the Year as well as a Nomination for the 2014 Juno Awards.

Today, he continues to build on his live presentations & meeting new friends by performing throughout Canada. 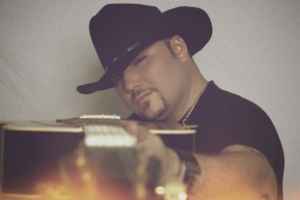 As a child, my parents would play vinyl records & cassettes of all the notable legends. (George Jones, Conway Twitty, Merle Haggard, etc) and once I began to copy them at probably two years old, I knew that this is what I wanted to do with my life. I was very shy, so I'd escape to the backyard and sing in one of the old classic "beater" cars my grandpa once owned and sing at the top of my lungs. (Good acoustics). I began to open up in front of audiences at 14 years old and one show always lead me to another. Been following my heart ever since.

2. When did you write your first song - as an artist or with a band?

I had tons of ideas as a child. But the first actual song I wrote was called, "Let Your Guard Down". Probably not arranged very well, but a very catchy melody. It was written on a pizza box in my hotel room while working in Chetwynd, BC. I would say it was 1998.

3. If you could go on tour opening to any performing artist right now, who would it be?

Chris Stapleton. I say this because he is not only world class. He is authentic in appearance, a prolific songwriter who is noted for his artistry, rather than his appearance. He is absolutely brilliant. His fan base is well versed in what I call Country Music.

I honestly don't follow trends a whole lot, because they're disposable in most cases. But I can see things coming around in full circle where fans can appreciate honest music, people singin' the blues, stories of more depth & reality. To me, there is nothing trendy about being yourself. I prefer to evolve naturally.

Bootcamp. Every question I've ever had about the music business can be answered in such a short, compressed amount of time.
Networking, sharing, bonding. These are things I can appreciate.