The guy next door, with a deep rich voice, and a love of country - Originally from small-town Ontario, Cole now roams the prairies of Alberta, bringing an edgy country rock sound to all types of stages, from small bush parties to the major festivals.

Winner of the top prize in the Rising Star contest for 96.5 CKFM Radio, and Calgary Stampede’s Nashville North Star competition in 2015, Cole’s career sprung quickly, giving him the opportunity to perform at both the Somewhere In Alberta Showcase and Royalty Records Showcase at Canadian Country Music Week (CCMA). His first single, “Half The Bottle” (2016), became an Alberta radio favorite and landed Cole an Alberta Country Music Association (ACMA) nomination for Artist of the Year, and Fan’s Choice. This fueled various performances alongside notable artists such as The Nitty Gritty Dirt Band, Julian Austin, One More Girl and many more.

He lives by a simple approach, “Write music, sing your heart out and give 110% in everything you do.” This translates through his genuine personality and performance style.

After a small break to start a family, he is back to take 2018 by storm. With a new management team, multiple singles lined up, including recently released single, “Next To Me” (April 6th, 2018), in preparation for his debut album coming in late 2018/early 2019, along with bookings across Canada (Calgary Stampede, Boots and Hearts, Big Valley Jamboree, and Canadian Music Week, to name a few), the name Cole Malone will continue to be heard more and more throughout the industry and in country-loving homes all over. 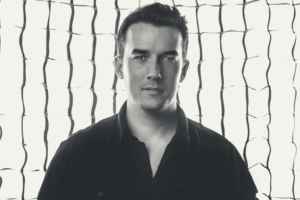