Since his self-produced debut "No Loitering" (2010), Lucas Chaisson has become one of the brightest young stars in the Canadian roots music scene. His sophomore effort "Growing Pains" (2012) earned him the title "Young Performer of the Year" at the Canadian Folk Music Awards. The strong songwriting showcased on his recordings, and his ability to make an emotional connection with his audience has garnered him the opportunity to play high profile venues such as the Edmonton, Calgary, Canmore, Vancouver Island and Winnipeg Folk Festivals. Recorded in Nashville, TN with Grammy award winning producer Colin Linden, "Telling Time" (2015) was released to much acclaim. Lucas was short-listed for the Edmonton Music Prize, received a nomination for "Solo Roots Recording of The Year" at the Western Canadian Music Awards and seven Edmonton Music Award nominations; where he was awarded "Singer-Songwriter of The Year" and "Country Recording of The Year. "Telling Time" received considerable airplay on Canadian college radio, CBC, CKUA, SIRIUS/XM and several independently programmed stations in the United States. A seamless blend of folk, roots, blues and country flavours, this recording illustrates the unique sound Lucas has been working towards for years. Currently taking time to work on his fourth full length recording, Lucas has kept busy workshopping new material at venues around Alberta and performing often as a regular member of alt-country band Lucette. An honest and confident songwriter, Lucas isn’t afraid to tread familiar ground with new eyes. 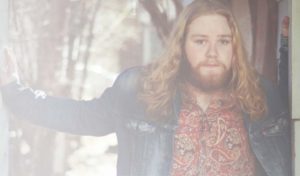